History of the Joe's Pond Ice Out 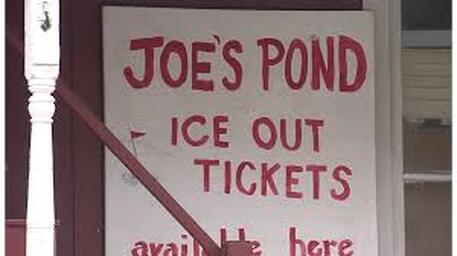 The Joe's Pond Ice Out Contest is a result of cabin fever. In the 1980s, Jules Chatot often visited his camp in the winter or early spring to ride snowmobiles, play cards and socialize with friends and family.

The weather was a favorite topic of conversation when Jules and his friends went to West Danville for morning coffee at the Joe’s Pond Country Store or to pick up supplies at Hastings Store. Someone would always ask, "When do you think the ice is going out?"
​
To make life more interesting, wagers would be made. Jules kept track of each guess in a notebook, and collected $1 for each guess. In 1987, while serving as Association president, Jules and his buddies got the idea to turn the rapidly expanding friendly game into a real contest. First, they had to figure out how to establish an actual date and time, because every year, the ice went out a little differently. 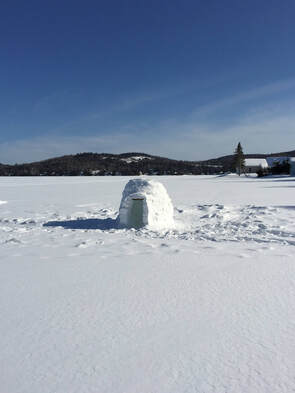 After considerable discussion, they settled on a simple, low-tech control system: they placed a well-used electric clock on Homer Fitts's deck and tethered it to a cinder block wired to a wooden pallet placed about 100 feet out on the ice. That was it. The clock was checked twice daily in the morning and evening. When the block went down, the clock was disconnected, stopping at the "official" ice-out time. Whoever guessed closest to the date and time the clock stopped won the contest.

That first year, April of 1988, there were only a few hundred people in the game. In 1990, 1500 tickets were sold, and Jules's daughter, Judee, set up a database to replace the notebook. The ever-increasing database was turned over to a paid “data specialist” in 1994. The game has grown steadily over the years, and now there are well over 12,000 entries each year.

Some changes took place in 2013. The site for the pallet and flag was moved, and the old electric alarm clock, showing signs of age, was replaced with a special weather-proof clock. That was also the first year tickets could be purchased online. 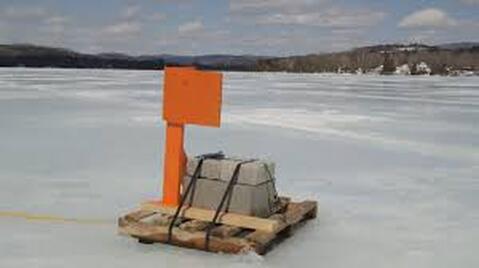 ​Proceeds after expenses are split, 50/50, between the winner(s) and the Joe’s Pond Association (JPA). The JPA share is used for the annual fireworks display to celebrate Independence Day and the JPA's water quality and other programs.

People all over the United States and around the world play the game. There’s no exact science for winning the Joe’s Pond Ice-Out Contest. Everyone has an equal chance of picking the correct date and time to win about $5,000. Only Mother Nature knows how each spring will turn out!